I am delighted to announce that I will be the editor of Author Kathleen Kelly’s debut novel, “Savage Stalker”, which is the first book in a brand new MC series called Savage Angels MC. Yes, I have a bit of a thing for bikers…*ahem*

Anyway, check out the FABULOUS cover below, as well as the synopsis, links and a teaser.

I am so excited to get started on this project!

Katarina Saunders. Kat to the world, international rock star. Lead singer for The Grinders. Until an accident that ruins her career and sends her running into the mountains, away from everything and everyone.

He’s had his eye on Kat for a while now and has been waiting for her to come to him, but he’s had enough of waiting. He’s decided it’s time to make her his. But so has her stalker, he’s been waiting for far too long…

Can Dane save Kat? Or will her savage stalker get to her first? 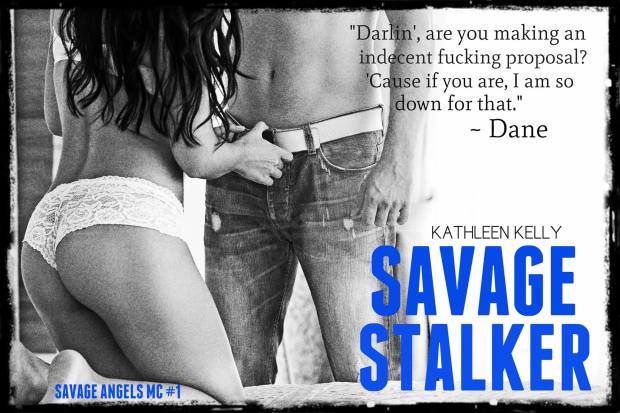 Go to Author Kathleen Kelly’s Facebook page here and check her out!

Take a look around!

Take a look around!